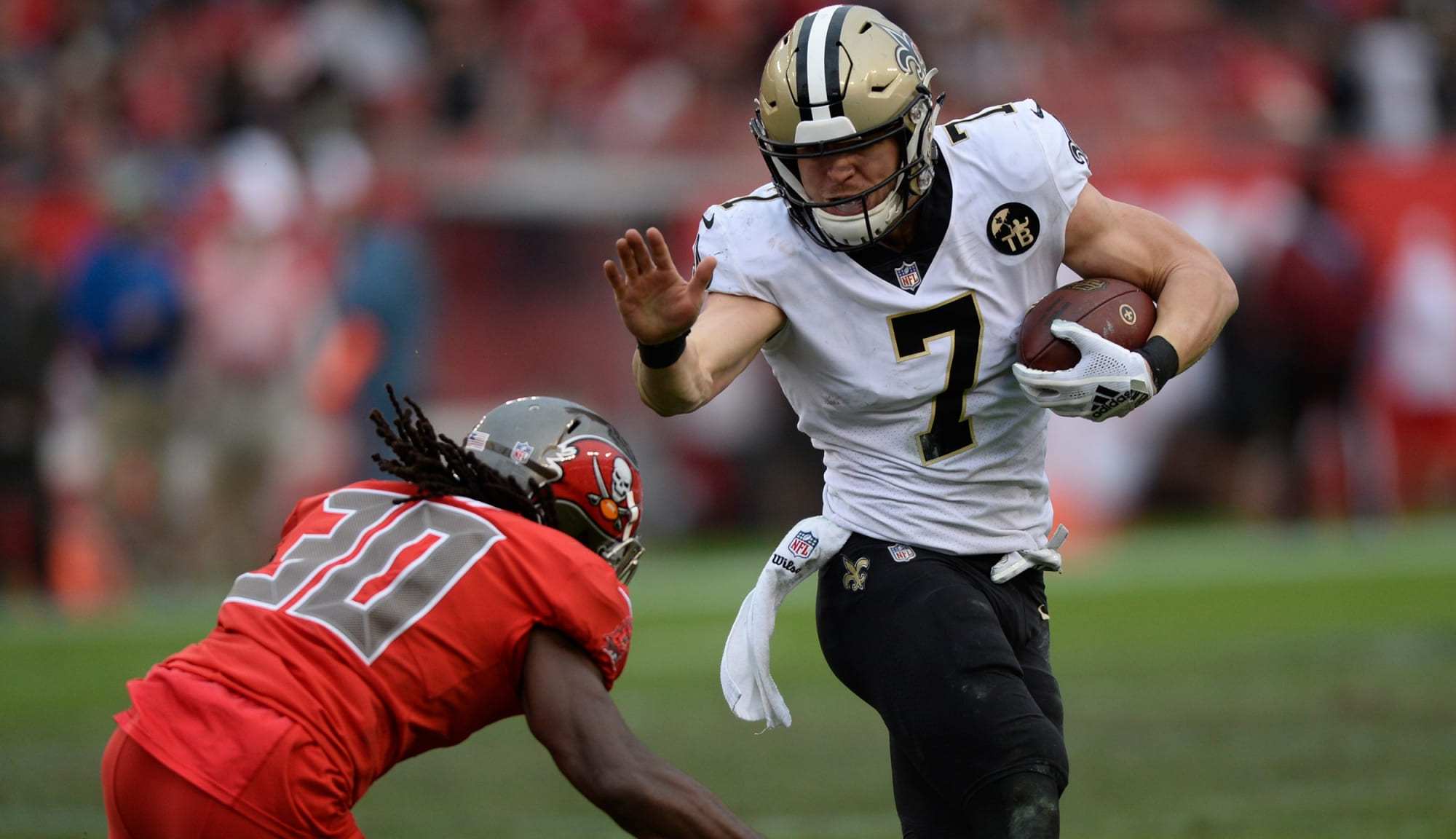 For those of you who tune in to the podcast, you may remember the NFC South Offseason Review episode from this summer. Towards the end of this episode, Chris, D.K., and I had a discussion about which team would win the NFC South title.

Chris & D.K. threw their support behind the Tampa Bay Buccaneers, while I picked the New Orleans Saints to win the division. After a second Saints-Bucs matchup, it looks like my take will be correct. The Saints completed the sweep in dominating fashion, pummeling the Buccaneers on the road. New Orleans imposed their will on this game, dominating on both sides of the football.

Offensively, the Saints like to use multiple players to keep the defense guessing. Sean Payton is a fantastic play caller, and he gives his quarterback several options on any given play. Quarterback Drew Brees completed passes to NINE different targets in the first quarter alone. The Saints drove down the field with ease the entire quarter, jumping out to a 14 point lead.

The Saints’ defense held it down as well, not allowing a first down until about the middle of the 2nd Quarter. After the Bucs’ earned their initial, first down, Tom Brady would go to throw an interception on the very next play. Brady had a terrible night, finishing the game 22 for 38, with 209 yards and 3 interceptions.

New Orleans played this game with an intensity that Tampa Bay simply could not match. This game was over at the half, with the Saints leading 31-0.

The two Saints vs Bucs matchups we have seen do not determine the division winner just yet. The Saints have a commanding 2-0 lead on the series, but there is still plenty of football left to be played. The Buccaneers are still in good standing, sitting at a 6-3 record. The Saints are a half game ahead (6-2), but I do think the Buccaneers should be very concerned.

This matchup seems like one that heavily favors the Saints. I’ll save the details for another podcast episode, but the Saints seem to have the Buccaneers’ number. The Saints’ offensive line did whatever they wanted to do Sunday Night, and they continue to prove to be one of the best units in all of football. The NFC has some powerhouses at the top of the division, and I don’t think you can keep the Saints out of that conversation.

In a battle of two playoff contenders, the Bills and quarterback Josh Allen, proved they are the real deal. Allen continued his MVP campaign through the ground and air and dissected the Seahawks secondary.

Josh Allen went 31-38 with 415 yards and 3 TDs, also adding a touchdown on the ground. I was thoroughly impressed with Josh Allen, and the way he lit up the once vaunted Seahawks defense. I guess we have to put in a caveat that the Seahawks are currently the 24th best pass defense in football, but this was still a big game for Allen. He delivered. I enjoyed seeing him and Stefon Diggs attack Jamal Adams and the secondary. I was impressed by the steady Bills’ defense, and the way they got after Russell Wilson. They did give up a few points at the end, but that was not inductive to the complete game they played. They held the Seahawks to 57 yards rushing, something I thought I would never see from a Pete Carroll offense.

Russell Wilson has started to have up and down performances, after starting off read hot and becoming the MVP front runner. This game, he went 21-41 for 390 yards, 2 TDs and 2 interceptions. One of those interceptions were in the red zone on a 4th & 1.The other interception was in the middle of the 4th quarter, where he was just trying to make something happen. He didn’t get much help in the run game as, as I mentioned earlier, only getting 57 yards on 17 attempts. That same offensive line also allowed Wilson to get sacked 5 times, causing two fumbles. I know we truly all went to “Let Russ Cook” but moving forward they will need more balance in the run game to help take some pressure off Russ and the offensive line. DK Metcalf does continue to be a bright spot for them with 7 catches for 108 and a TD.

I feel like the Bills just wanted this game more. I loved the direction they’ve been going in for a while with head coach Doug McDermott, and the defense they have built. With Josh Allen and weapons like Stefon Diggs, and the emergence of running back Zach Moss, the offense continues to get better and more creative each week.

For the Seahawks, the loss of Chris Carson is showing more and more each week. One of the former Miami Hurricanes, DJ Dallas or Travis Homer, need to step up and help out the offense and the quarterback. As for the pass defense, they are playing far below league average, and will not last long in the NFC West playoff picture if they don’t step it up.