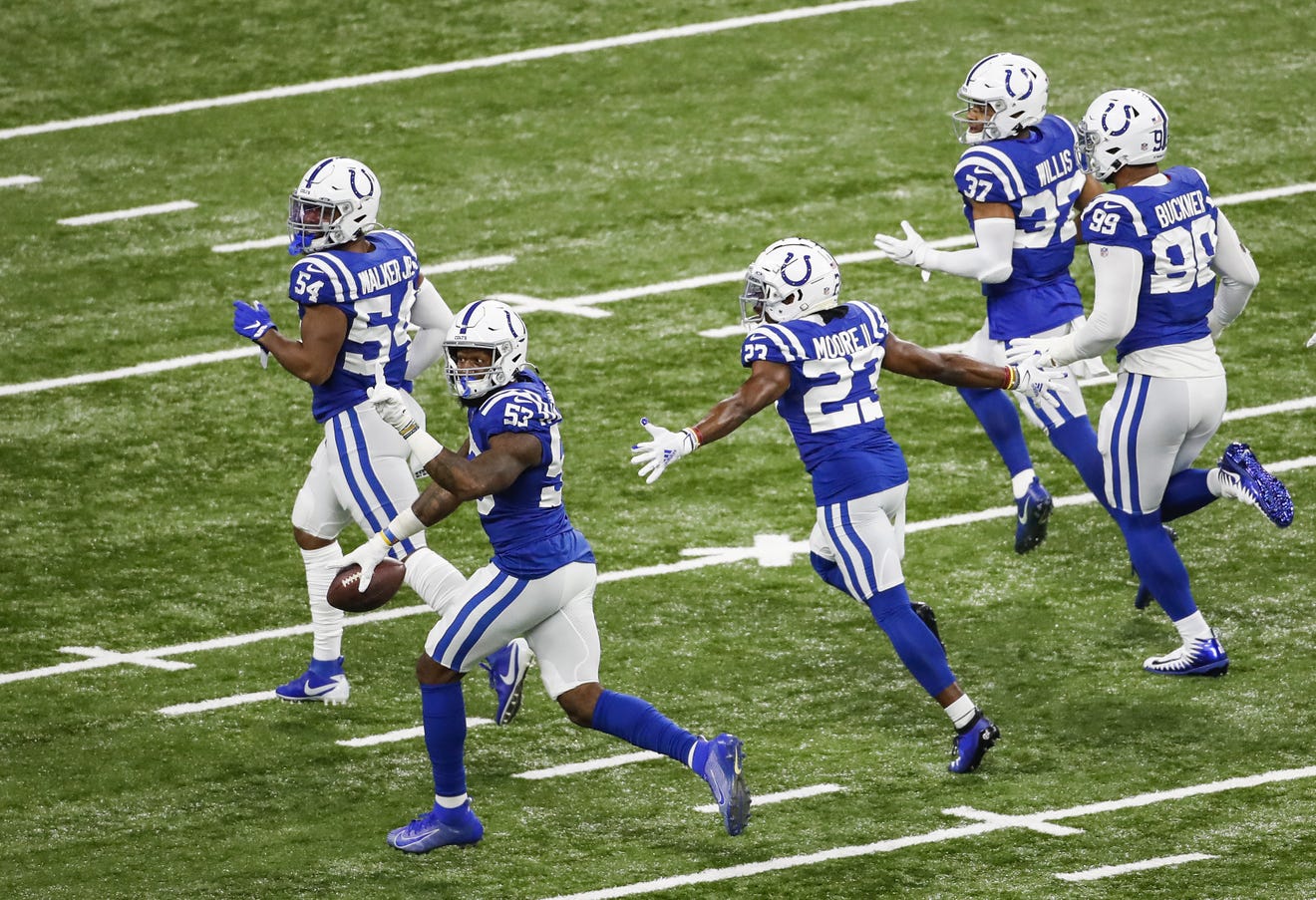 Public service announcement! The Indianapolis Colts are playing really, really good football right now. It feels like somebody needs to shout that from the top of a mountain, as the Colts have not gotten a lot of national attention at this point in the season.

When taking a deeper look at the Colts’ season so far, it’s not a surprise that they have been overlooked. Indianapolis is a defensive minded football team that doesn’t have the same type of “superstar” names that the other elite teams in the AFC have. Despite not having the biggest household names on the roster, they’ve played as well as almost any other team in the entire league.

The Packers are also a good football team, and this game was played at a very high level. Both offensive play callers were in a rhythm early, and put together successful drives throughout the first half. Trailing 28-14 at the half, the Colts made some adjustments on offense that ended up helping their defense.

Indy began to run the ball a lot more in the second half. They leaned on rookie running back Jonathan Taylor, who was able to find success in the 3rd quarter. Establishing the run allowed the Colts to control the tempo of the game, and it also tired out the Packers’ defense. Winning the time of possession battle also provided a spark for their defense, and they were able to string together several consecutive stops in the 3rd & 4th quarters. The Colts would go on to score 17 unanswered points, and held a 31-28 lead late in the final quarter.

With 1:25 left on the clock, Packers’ quarterback Aaron Rodgers was able to work his magic again. The Packers began the drive back at their own 6-yard line, but Rodgers was able to push the ball deep into the red zone for Green Bay. Kicker Mason Crosby was able to connect on a 26-yard field goal attempt to tie the game.

The Packers won the coin toss in overtime, and elected to receive the kick off. On the second offensive play of overtime, wide receiver Marquez Valdez-Scantling caught a quick screen from Rodgers. After making the catch, Valdez-Scantling attempted to make a move up the field and fumbled the football. The Colts’ recovered the ball at the Packers’ 29 yard line. Indianapolis ran the ball three times, and kicked the game winning field goal.

This was one of the best games I have watched all season. This game was a chess match from start to finish. Each coaching staff made adjustments and changes to try and find any advantage over the opposition. This game was a battle of two elite teams, and it did not disappoint.

Prior to Taysom Hill’s first start for the injured Drew Brees, we honestly did not know what to expect. Jameis Winston was brought in as a backup for a situation like this, but Hill got the nod and played exceptionally well. The story of this game though, was the Saints defense.

Matt Ryan struggled most of the game, going 19-37, for 232 yards, and 2 interceptions. He was under extreme pressure the whole game. It didn’t help matters that wide reciever Julio Jones was nursing a hamstring injury, while tight end Hayden Hurst had an ankle injury early in the game. Another glaring stat was that the offense was 2-14 on 3rd down efficiency (which doesn’t even sound right as I type this but yes, look it up). The offensive coordinator, Dirk Koetter, needs to go back to the drawing board. What he’s trying to do is not working with the pieces he has available. With the way the Falcons’ defense has been playing this year, you can’t afford to give any offense great field position. Even a Saints’ offense with a backup quarterback. The defense also did him no favors, allowing over 150 rushing yards, and Michael Thomas getting his accustomed 9 catches and 104 yards.

Taysom Hill had a surprisingly good start. He went 18-23 with 233 yards through the air. He also added 10 carries for 49 yards and 2 TDs. He didn’t have to force anything, and it all seemed to come naturally. One thing that did jump off the page, was his arm strength compared to Drew Brees. He was able to make a few deep throws effortlessly, that Brees may struggle with at this point in his career. Also, there was a throw to Thomas that was so hard, it literally went right through his hands. Something many people haven’t seen before from him. Hill also used his feet very well and didn’t automatically run when things started to break down. He did pick his spots, though.

At the end of the day, Hill didn’t have to do too much because the defense was so stout. The defense got 8 sacks, as well as forcing the 3-and-outs for good field position. The Saints didn’t really have to do much on offense to win this game. We will see what happens when Hill has to play a better defense.

All in all, this was another divisional game where the Saints showed they are the real deal in the NFC playoff picture, and one of the top picks as Super Bowl contenders. The stifulling defense kept the Falcons out of the endzone, only allowing 3 field goals all game. The Saints were able to keep the ship afloat for one more week, with Brees still out. Hill did what he needed to do. It was really interesting seeing him back at QB full time. It reminded me of his days at BYU, where he was a Heisman hopeful. With the Broncos up next, Hill will face the 9th best pass defense in the league. We will see how he responds.